As an attorney, I have felt the stress the legal profession can inflict. I have been a big firm associate, boutique firm partner, and public company General Counsel. Along the way, I have taken or defended more than 300 depositions, conducted a six-week trial, negotiated hundreds of contracts, closed the buying and selling of companies, and managed an IPO. I have worked long hours juggling multiple matters and put up with demanding clients, bullying opponents, and doubting judges. I have fought to bring in business and collect fees while keeping my CLE up to date and worked for free pro bono. This does not even include the normal stresses of life from having a mortgage or raising a family.

The stress that lawyers feel takes its toll. We are still designed to be hunter-gatherers and the stress from having motion papers due or 20 e-mails to answer sets off the same fight or flight reaction as seeing a saber-toothed tiger or cave bear used to. Our blood pressure rises, our heart rate increases, we release the stress hormones adrenaline and cortisol, and our blood sugar level goes up to have extra energy available. For our cavemen ancestors, the outcome was quick. They would either fight the tiger or run from it, and if they escaped the threat, the stress would be released and their bodies would calm down.

Now, now for us, even though the fight or flight mechanism kicks in, it is not released by fighting or running. We sit and write the brief or answer the e-mails and then move on to the next pressing matter. The perceived threat never ends. The stress builds up and we become anxious, irritable, and depressed. We can develop high blood pressure and heart disease, as well as diabetes from high blood sugar. Our body craves calories to keep its energy level up so we turn to calorie dense junk food which can lead to our becoming obese. Obesity presents its own health problems such as heart disease, certain types of cancer, and even arthritis.

The nature of lawyers’ work adds to the health problems caused by stress. Hunter gatherers got exercise by walking around all day hunting and gathering. Lawyers sit all day typing on the computer, talking on the phone, and attending meetings. Unfortunately, research has shown that people who sit for more than eight hours a day with no physical activity have a risk of dying similar to the risks posed by obesity and smoking. Sitting too much itself also causes heart disease, cancer, and diabetes.

To make matters worse, most lawyers are probably dehydrated. Sitting in a heated or air conditioned office can cause dehydration well in excess of 1.5% as we lose water while our lungs moisten the dry air we breathe. Severe dehydration can lead to effects such as muscle weakness, cramping, lowered blood volume, higher blood pressure, and decreased mental function. Even a 1.5% water loss leads to fatigue, difficulty concentrating, headaches, and impaired memory, none of which is good if you are marking up a merger agreement.

On top of that, most lawyers probably do not get enough sleep. Studies have shown that people who do not get between seven and nine hours sleep a night have a higher risk of developing high blood pressure, heart disease, diabetes, and obesity. Not getting enough sleep also impairs attention, alertness, concentration, reasoning, and problem solving and causes anxiety, depression, and suicidal thoughts.

Many lawyers succumb to this stress by turning to drugs or alcohol or worse to cope. According to a 2017 survey by an ABA working group, 21% of lawyers reported problematic alcohol use. 28% reported depression. A survey by the National Institute for Occupational Safety and Health found that the suicide rate for lawyers is 1.33 times the norm, higher than for the military or veterans. Suicide is the third leading cause of death for lawyers after the stress related diseases cancer and heart disease. The top three causes of death for lawyers can be attributed to stress. It seems like everything lawyers do leads to high blood pressure.

Yet I found a better way to deal with the stress which has enabled me to be a happy, healthy, and successful lawyer: exercise. I made regular exercise a priority along with my legal career and supported it with proper hydration, nutrition, and sleep. Exercise reverses the effects of the fight or flight reflex. Lifting weights or going for a run after drafting a contract or brief acts as a substitute for an encounter with a sabre toothed tiger. Afterwards, your blood pressure, heart rate, and blood sugar will be lower. Exercise will also cause your brain to produce endorphins, which are chemically similar to opiates and stimulate the brain’s pleasure centers, so you will feel happier and less anxious. You will be less stressed.

I am not unique or have superhuman powers. If I can do it, you can too. Let me show you the way.

In October 2021, the NYSBA Task Force on Attorney Well-Being released a far-reaching report on the status of the industry’s collective mental and physical health entitled, “This is Us: From Striving Alone to Thriving Together”.  In the report beginning at page 90 is the section written by Robert Hertbst on attorney physical health. It discusses how attorneys can improve their well-being and reduce stress and stress related diseases by engaging in physical activity.  Physical activity releases stress built up through the fight or flight mechanism.  It also prevents or ameliorates a wide range of diseases including high blood pressure, heart disease, diabetes, obesity, and certain types of cancer and improves brain function and forestalls dementia.  The report also discusses ways which people can stick with a healthful regimen including engaging in activities which they enjoy and by having social support from the legal community and their peers. The discussion is equally applicable to anyone who is feeling the effects of life stress, not just lawyers.

(June 23, 2020)  At the urging of New York State Bar Association (NYSBA) member Robert Herbst, an expert in attorney well-being and 19-time World Champion and Hall of Fame powerlifter, new NYSBA President Scott Carson announced the formation of an NYSBA Attorney Well-Being Task Force to advance an innovative and comprehensive culture of wellness across all levels of the legal profession in response to the prevalence of mental and physical health challenges and substance use among lawyers.  Said Karson, “Studies have shown rates of mental illness, fatigue, physical health problems, and substance use for attorneys that far exceed the national averages for other professions….. We all must recognize that the mental and physical well-being of attorneys is critical to the effective practice of law, protection of the public trust, and the vibrancy of our profession.”  With exercise being one of the best ways to combat stress, anxiety, and depression, as well as diseases that have a high incidence among lawyers such as hypertension, heart disease, diabetes, and obesity, President Karson appointed Herbst to chair the Physical Well-Being working group.  The working group will develop recommendations that will then be synthesized with information from other working groups into a final Task Force report detailing attainable, measurable recommendations for mitigation efforts, which can be implemented across New York’s legal landscape. The Task Force’s report will serve as a practical, evidence-based resource to educate, support, and empower all members of the legal community – from law students through retirees. 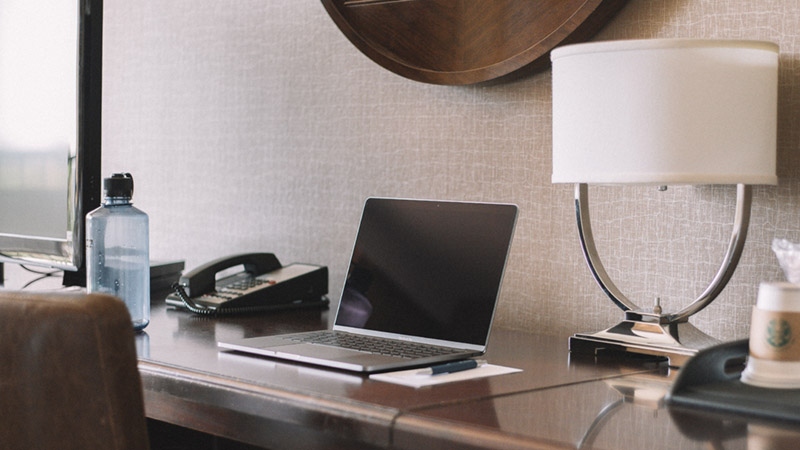 Why Proper Hydration Is Essential To Your Workplace Wellness Strategy

Water is an essential ingredient and vital for all life to exist. And replenishing it throughout the day is critical to employee health, wellness, and performance. 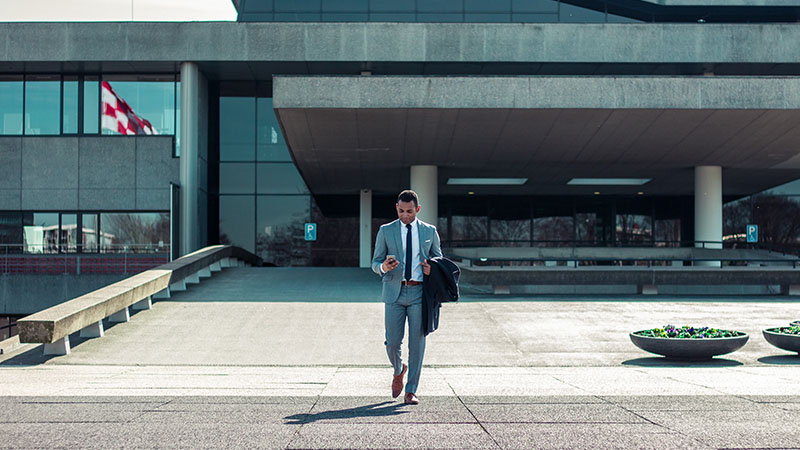 While the legal profession opens the door to a highly rewarding career, many attorneys suffer from health issues caused by high levels of stress and burnout. 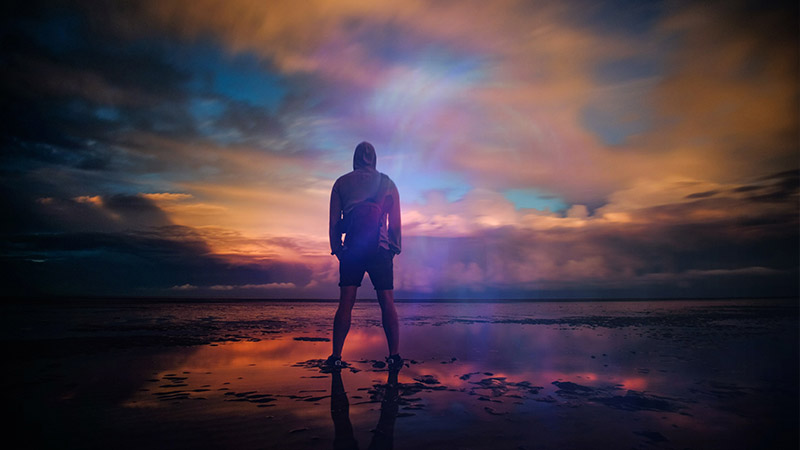 Being Resilient During the Pandemic: “You Call This A Storm?”

Life will not be “normal” for the foreseeable future. We will need to be resilient to get through and to cope with the changing landscapes ahead. 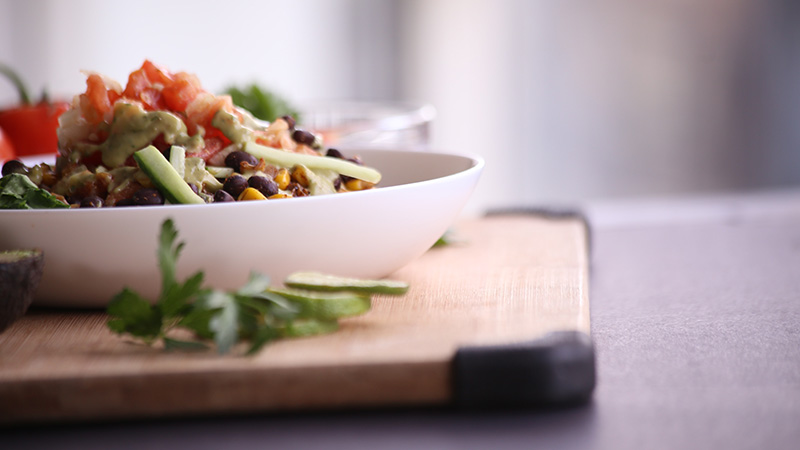 With more weeks of sheltering at home to come, we need to be serious about exercise and healthy eating. This is not just the usual advice to be fit for general wellness. 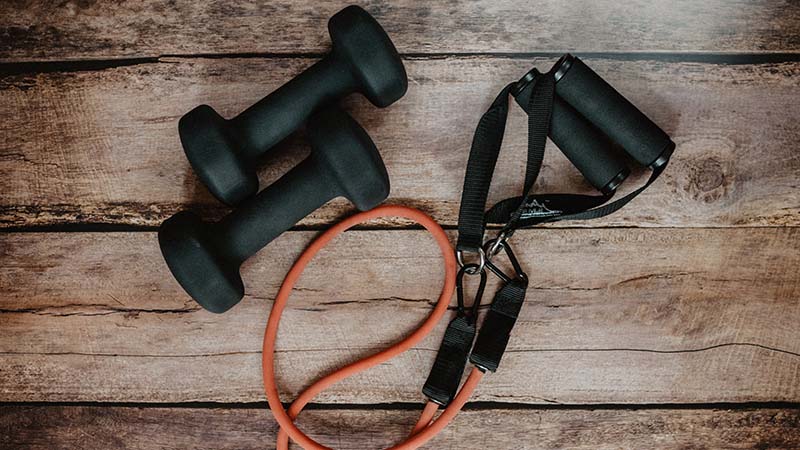 Living Well in the Time of the Coronavirus

If you have been following an exercise and wellness routine, this is what you have been preparing for. If you haven’t, it is not too late to start, and we will help you get through it. 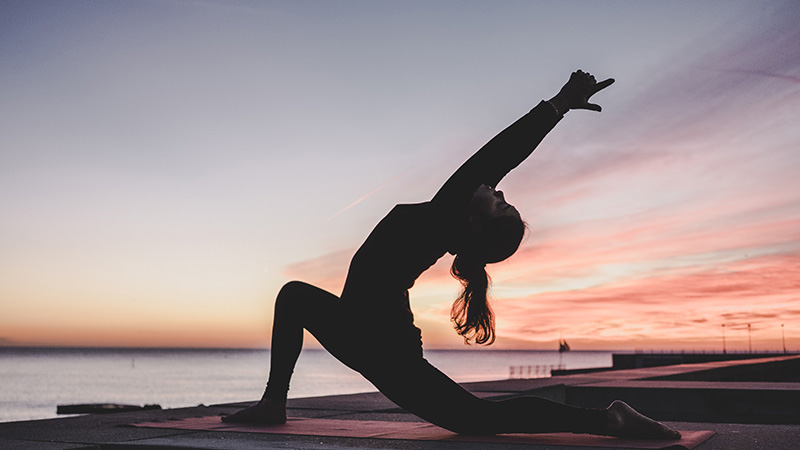 Often without realizing it, no matter how objective you try to be, you internalize all this as stress. Premium content for the American Bar Association. 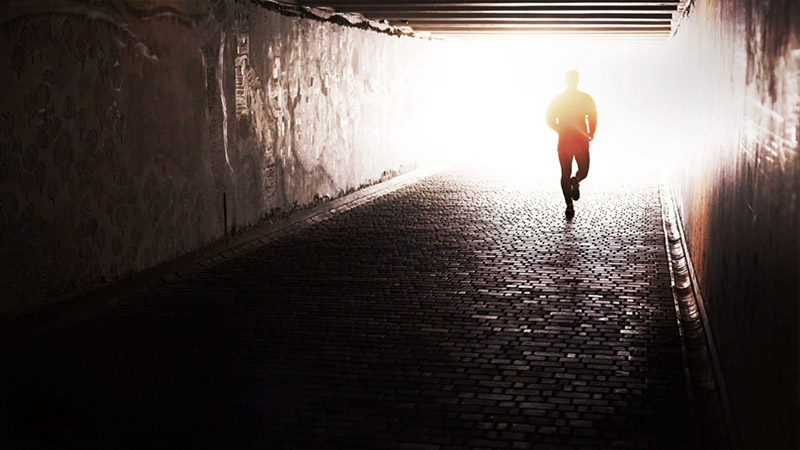 The Case for Attorney Wellness

Attorney wellness has been like Mark Twain’s view of the weather, everyone was talking about it, but no one was doing anything about it. At last, that is changing. 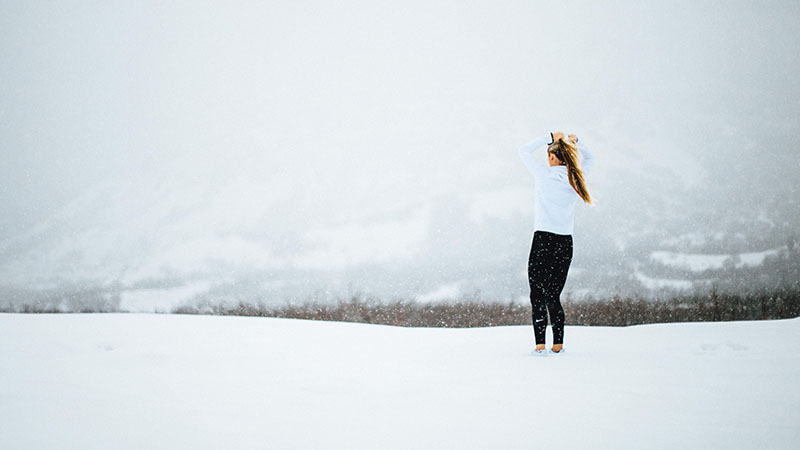 If you are following through on a New Year’s wellness resolution, you may be feeling like you are facing an endless string of workouts with no end in sight. 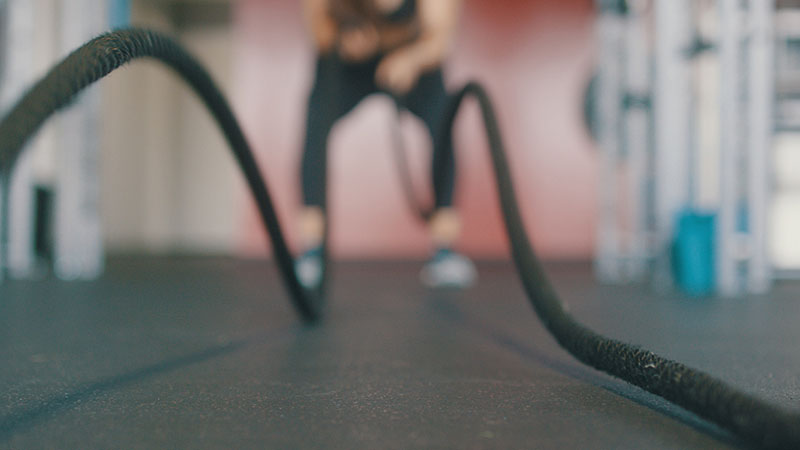 If you have resolved to get fit or lose weight, you do not have to suffer the fate of the Resolutionistas. You can successfully keep your wellness resolutions. 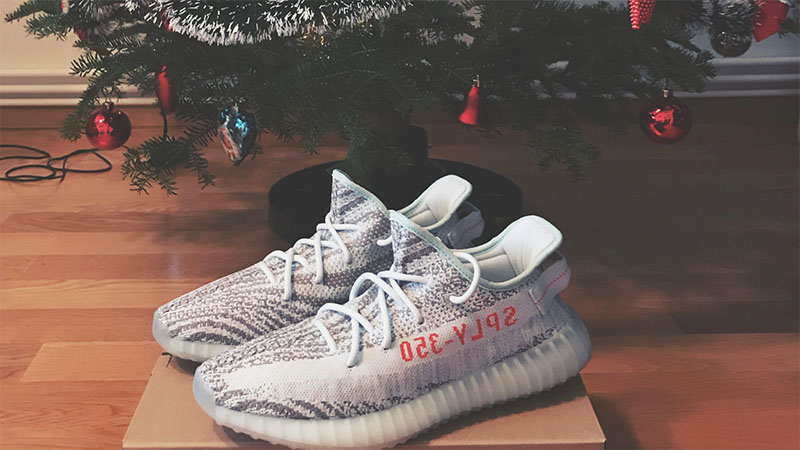 Ah, the holidays. That magical time of year after Thanksgiving when deals have to close and fees have to be collected by 11:59 on December 31st. What better time to take care of your most important client – yourself? 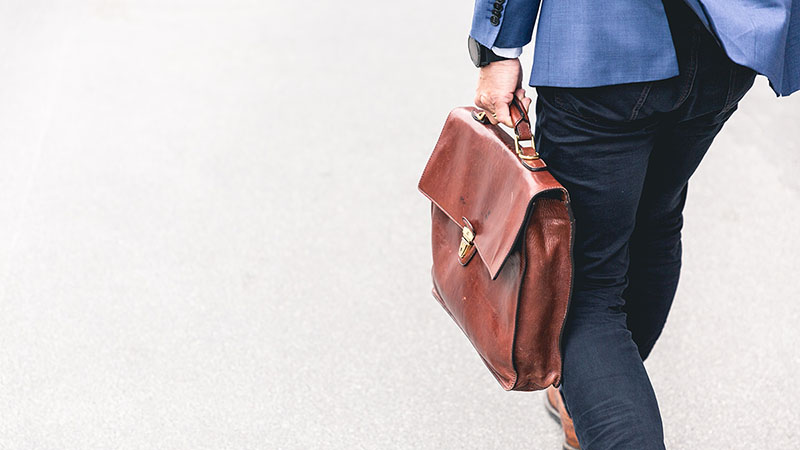 Attorney Wellness in a Nutshell

We can take judicial notice that the law is a stressful profession. The nature of lawyers’ work adds to the health problems caused by stress.