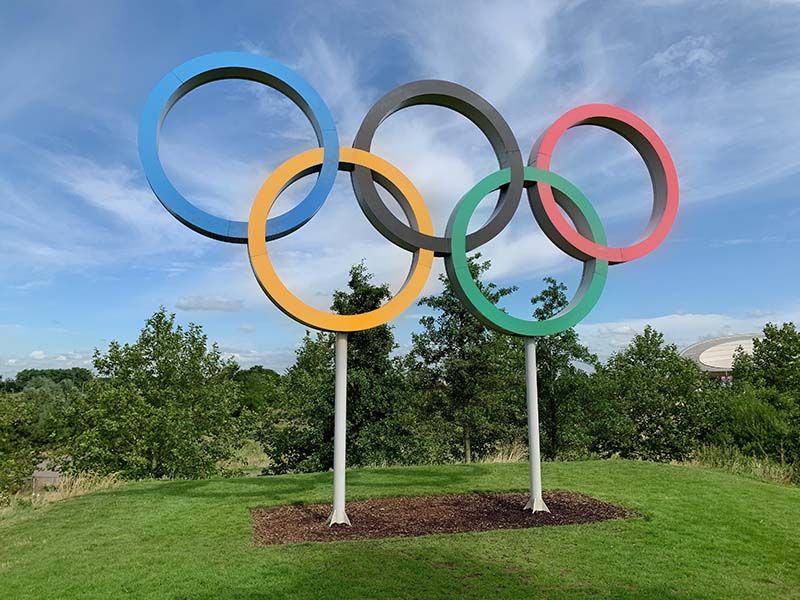 Olympic class athletes call the four years between Olympiads a quad. Quads are marked by their own rhythms of national and world championships, qualifying standards and trials, the appearance of phenoms, the aging of stars. For those who are young, the end of a quad brings a chance to realize the lifelong dream of being an Olympian. For those who failed to make an Olympic team, the end of the next quad gives a chance at redemption. For those who made the Olympics but did not perform up to their expectations, it offers an opportunity to realize their ambitions, while for those who excelled, it offers a chance to repeat and make history.

Sometimes the outside world invades the sanctity of the quad. In 1980, I was in the discussion to make the U.S. weightlifting team to go to Moscow. While the American winter Olympians were allowed to finish their quad and accomplish a miracle in Lake Placid, the summer athletes were left unfulfilled. Their quad was ended abruptly and they were told to stay home while the U.S. boycotted over the Soviet invasion of Afghanistan. That Olympics would have fit my life perfectly. A senior in college, I would have graduated, enjoyed the Olympic experience, lost to juiced up Soviets and Bulgarians, and gone to law school two weeks later in my fancy USA duds with a tale to tell. Instead, I spent the summer as a lifeguard at a resort in the Catskills. A quad later, I was a young associate at a Wall Street law firm. In complete denial, I went on vacation to Greece during the L.A. Olympics. It was not until I heard the “Star-Spangled Banner” being played during a medal ceremony on a black and white TV at a gym in Athens that I realized what I was missing.

Now, 40 years later and an AAU Strength Sports Hall of Famer, I give back to the sport by serving as an Olympic drug-testing official. I am once again subject to the rhythms of the quad. After an intense month of 18 hour days in Zika infested Rio in 2016, I spent the first year of the current quad gearing down. I shared stories about being at Michael Phelps’ last race and US Basketball’s gold medal game and spoke to teams and civic groups about the lessons I learned being in the Athlete’s Village and watching Olympic athletes up close and personal. Near the end of the second year, I formally entered the Tokyo Olympic Organizing Committee’s application process, squeezing my life story into 100 character answers. During the third year, I kept up to date on the latest developments in drug testing, had a video interview with Tokyo 2020, and started to look for a place to stay in expensive Tokyo. In year four, everything was falling into place. I found somewhere to live, watched training videos, took an online English test (which the organizers insisted I take even though I told them I was a native English speaker), and hammered out what my duties would be. Then suddenly and unexpectedly, the quad was violated. This time it was not by the invasion of an army but by the invasion of the Coronavirus. In an unprecedented move, the IOC postponed the 2020 Olympics for a year and the quad became a quint. Of all the things people were talking about that might impact the Tokyo Olympics, terrorists, an earthquake, who was thinking about a global pandemic?

Living the quad, I had been focused on the summer of 2020 for four years. Suddenly, the rug was pulled out from underneath me. Instead of getting shots, making flight reservations, and buying protein bars, I am sheltering in place. If I am lucky and the Coronavirus winds down, I will now coach Little League all summer, instead of leaving in the middle like I did to go to London in 2012 and Rio. Of course, I am not alone in being dislocated. There are 80,000 volunteers for Tokyo 2020, let alone countless coaches, trainers, officials, fans, and of course the athletes themselves.

Athletes are creatures of habit. They train, compete, eat, and sleep in a routine with the goal of improving. There is something comforting and secure about living in the structure of the quad, taking every action for four years with the sole purpose of performing your lifetime best on one specific day in the light of the Olympic flame. Now, with an extra year added to the quad, the expectation has been upset and potential Olympians have to recalibrate and reboot to keep things going, which can be harder mentally than physically. If you are young or injured, the postponement may be a benefit as it will give you a chance to mature or heal, but what if you are aging? Your skills and ability may be eroding, or you may be ready to move on to the next stage in life. What if after years of training, discipline, and sacrifice you thought 2020 was going to be it and then you would get a job, get married, start a family, go to law school?

Society idolizes athletes because they show us how wonderful human potential can be when it is realized. Their struggles to achieve become our own, and we are filled with joy or heartbreak over the performance of those who are bigger and stronger and wealthier than we may ever be. The Coronavirus has affected hundreds of millions of people, sometimes with deadly consequences. We now will look to our athletes to show Olympian resiliency and lead us out of this crisis. We and they will bounce back and the world will gather in Tokyo in 2021.