Battening Down the Hatches 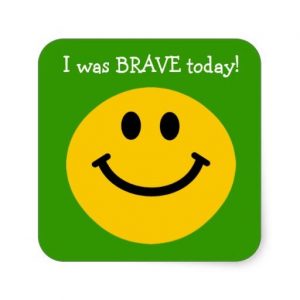 While I am going full speed ahead to Rio, I can’t ignore all the dire warnings that are out there.  I am not going to be in Kansas anymore Toto, let alone the preBrexit London Olympics, so I am preparing for the trip with precautionary steps.  After all, I was a Boy Scout, so I was brought up to “Be Prepared”.

The Rio Organizing Committee sent me the Brazilian Ministry of Health’s list of required vaccines.  On top of that, my doctor added Hepatitis A, typhoid, and a tetanus booster.  So I went off to the doctor and came back with a sore shoulder and some stickers for being such a brave patient.  I also had him prescribe me a broad spectrum antibiotic for just in case.  It pays to be an educated consumer, because I knew from the literature that the original antibiotic he chose has been associated with tendon detachments, which are especially not good if one is a powerlifter, so we settled on a different one.  That choice alarmed the pharmacist when I went to pick it up at CVS, however, as it conflicted with one of the vaccines.  She was reassured when I told her that I hoped never to take the antibiotic, and if I did, it would be outside her three week window.  I do not know how the elderly or poor navigate the healthcare system because there is bad advice everywhere.

With some of my physical concerns shored up, I then turned to the tangible.  I made copies of my passport, some to take with me and keep separately from the original, and some to leave at home. I stripped down my wallet and will be taking only my driver’s license and a Visa card so there will be fewer hassles if my wallet is stolen.  I also had a new battery put into an old cheap watch I had in a drawer.  I am leaving my Rolex at home. Not only do I want to retain ownership, but I want to reduce the bullseye on my back and not be too attractive a target to Rio’s thieves.  One of my colleagues tells me that he is going to change out of his uniform before leaving the venues so that he does not get robbed.  I am thinking of pursuing the opposite strategy and keeping my uniform on and being very visible to the police and soldiers, as well as the bad guys.  I will be like the brightly colored caterpillars which warn the birds that they taste bad and should not be eaten, rather than the ones which are drab and try to blend in.  I will not pass as a local anyway.