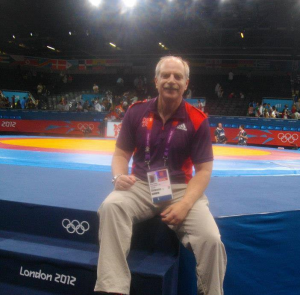 I am going to the Olympics! After a rigorous two year application process, I have been appointed to help supervise the drug testing for the Barra Zone events. The Barra Zone will host 23 sports including such marquee events as swimming, boxing, wrestling, weightlifting, and gymnastics.

For weeks now my friends and family have been warning me that if I go to Rio, I could catch the Zika virus. At this time of year, I could have a better chance of catching Zika if I went on an expensive vacation to the Caribbean. I have read news stories about how the mass transit in Rio will barely be built in time for the Olympics and that it may not work. No problem, I found a place to stay where I can walk to the Olympic venues. I have heard about the high crime rate in Rio. Crime, hey man, I am from New York!

I am fortunate enough to be involved in the greatest sporting event on the planet in an exciting and exotic city. Sure it will be hard work. When I helped to run the wrestling venue at the London 2012 Olympics, I was putting in 18+ hour days seven days a week. And yes, I will have to be smart among all the tourists and pickpockets, but I am going to be at the Olympics. They don’t take just anyone and they don’t take American Express, but I will be there. I hope you will share my Olympic adventure with me through this blog.