Proper Hydration A Must For Weekend Warriors, Too! 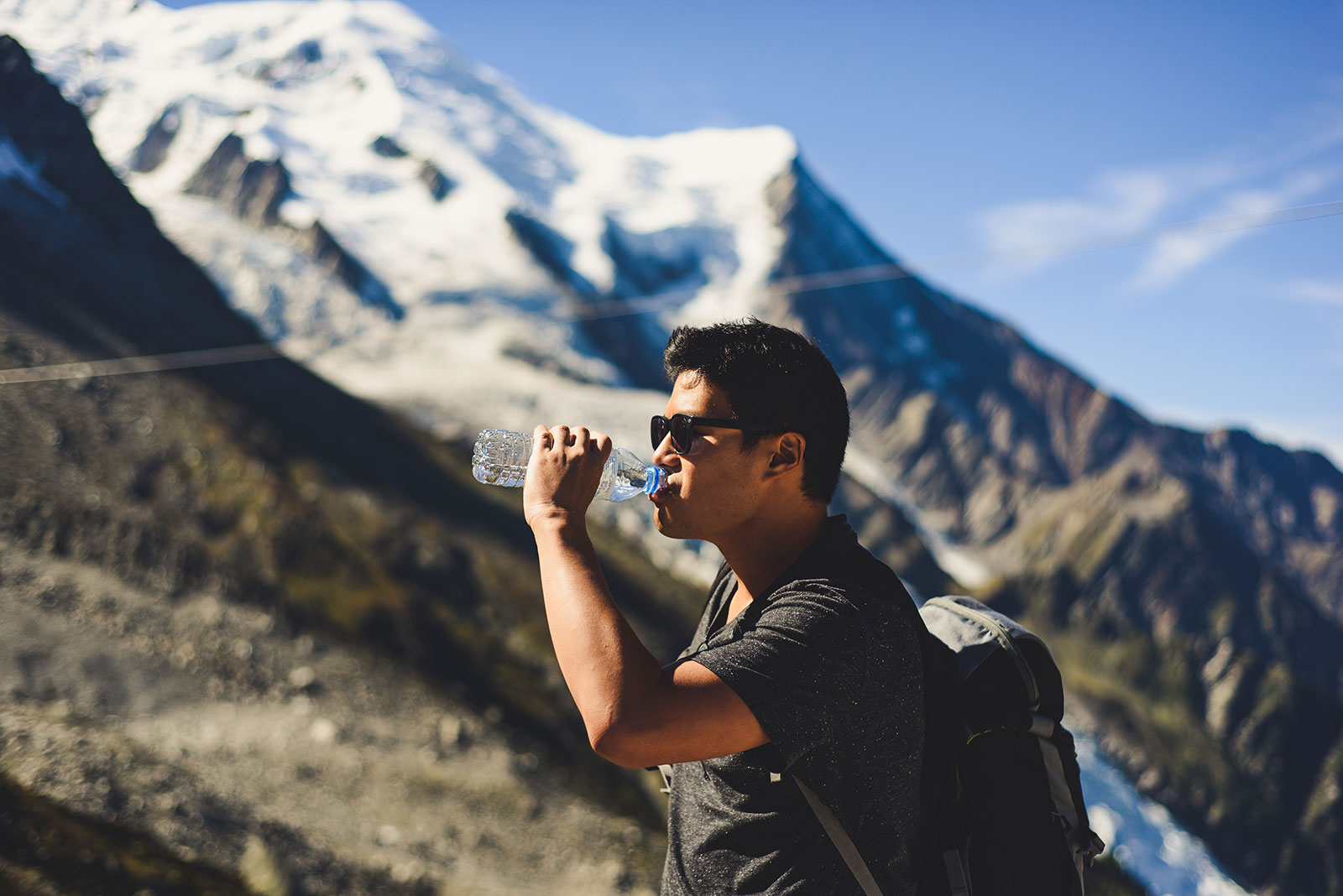 We have all seen the iconic sight of the line of marathon runners snatching cups from the water station and drinking without breaking stride to rehydrate during their long race. Proper hydration isn’t just for distance runners, however, it is important for recreational athletes and weekend warriors as well. Preventing dehydration starts long before you put on your running shoes or buckle your weightlifting belt and is something you should focus on 24/7/365.

Sixty percent of our body is water. Important organs such as the brain and heart are more than 70% water and the muscles are almost 80% water. Water is the necessary medium where the chemical reactions of protein synthesis and energy production take place in our cells. Despite its importance, we are constantly losing water with every breath as we exhale, as we sweat to cool ourselves, and as our body produces urine to rid itself of wastes.

Exercise increases the amount of water loss as our respiration increases, we sweat more, and more waste is produced. If we lose too much water, we become dehydrated, which means our body does not have enough water to carry on its normal functions. This can lead to effects such as muscle weakness, cramping, lowered blood volume, higher blood pressure, and decreased mental function. Even a 1.5% water loss leads to fatigue, difficulty concentrating, headaches, and impaired memory.

Under our modern lifestyles, it is easy to become dehydrated. As much as 75% of Americans are chronically dehydrated. Heated and air conditioned offices cause severe dehydration well in excess of 1.5%. The relative humidity of a heated home or office in the winter is lower than that of the Sahara desert, so we constantly lose water as our lungs moisten the air we breathe. In the summer, we lose even more water. Air conditioning dries the air while we perspire more getting into a hot car or just walking around outside.

To make matters worse, we don’t feel thirsty until we are already dehydrated and our body senses something is wrong. If you wait until you are thirsty to drink, you may not rehydrate fully, especially in hot weather or if you then go and exercise. You never catch up. As a result, you will not have your full strength or stamina when you exercise, and even your ability to think or concentrate may be impaired.

The remedy for this is to make hydration part of your routine and drink throughout the day, not just when you are thirsty or before exercise. While you may have heard people say you should drink X glasses of water a day, there is no one set amount that works for everyone because different people are affected by different factors such as bodyweight, activity level, and even the weather. Instead, you should take in enough fluids throughout the day so that your urine is clear or slightly yellow tinged.

If you eat a balanced diet, the fluids can come from a variety of sources such as juicy meat and fish and fruits and vegetables. A smoothie with whey protein and fruit checks a lot of boxes by giving you protein, carbs, fiber, and water. You should avoid sugary or diet sodas as they have been linked with obesity and diabetes. You should avoid sugary sports drinks for the same reasons, although you may want the extra calories if you are engaging in strenuous sports. Sport drinks are also helpful in replacing electrolytes such as sodium and potassium which you might have lost if you have been sweating profusely during heavy activity.

If you hydrate properly throughout the day, when it comes time to exercise, just drink normally before and during the workout. You do not want to go overboard and drink too much as you risk diluting your body’s electrolyte balance. After the workout, you should drink enough to replace the amount of fluid you lost during the exercise. A good way to test that is to weigh yourself both before and after the exercise. For example, if you weigh three pounds less afterwards, you should drink three pounds of water. Using that a quart of water weighs two pounds, you would drink a quart and a half to replace the water that you lost.

By hydrating throughout the day, you will be mentally and physically strong and will not have to grab water and drink on the run to catch up.

This article was first published on SportsMD on May 29, 2019.